What does it take to wake up? 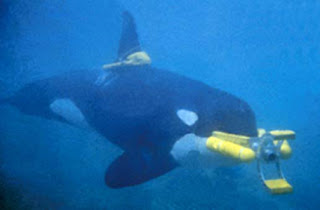 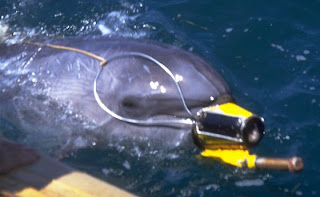 In a startling reversal of what most people seem to feel, a CNN QuickVote poll, taken on February 12, 2007, revealed a disturbing attitude among internet users.

The US Navy, until the beginning of the current war in Iraq, was very secretive about their use of marine mammals as soldiers. Perceiving the huge increase in "patriotism" as an opportunity to gain pubic support for the old programs, suddenly the Navy began posting large amounts of information on the net about the use of dolphins.

There is a monthly desktop "wallpaper calendar" you can download from the Navy dolphin program site. There are powerpoint presentations listing how many species have been tested for their usefulness. Images are available of dolphins carrying sophisticated underwater devices, presumably for detecting mines, etc. There are interior shots of the specialized ships built to deploy dolphins into combat zones....and the list goes on.

How have we moved so far backward in our appreciation for the other form of self-aware, highly developed, compassionate and friendly life on our planet? Clearly, there is much more work to be done to educate the public, helping them to know dolphins and whales as individuals, and as our constant friends and benefactors.

The Ambassadors
Posted by C Scott Taylor, PhD at 2:53 pm

Email ThisBlogThis!Share to TwitterShare to FacebookShare to Pinterest
Topics activism, Dolphin Threats, Military use of dolphins