Not a silent world 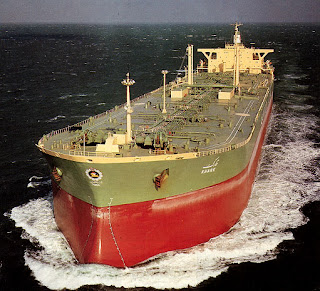 Underwater, sound travels fast. Almost five times as fast as sound in air (4.7, to be exact). The speed of sound underwater is not the only factor that makes sound so important in the watery world. It is also a much more directly physical energy, one that has high impact.

Decades ago a film made history, one of the first films to be shot underwater with high quality cameras. Shot and presented by Jacques Cousteau, it was called “The Silent World”. It captivated audiences around the world. I was among them, as a young lad, taken by my parents to a theatre that showed the unusual widescreen format that The Silent World was shown in. For all his expertise and “groundbreaking” inventions – the underwater breathing system called SCUBA, or Self-Contained Underwater Breathing Apparatus, and other innovations – Cousteau could not have gotten it more wrong. The Oceans are full of sound, and many of its lifeforms depend upon their sonic abilities for their survival.

If we are to understand the challenges of the Cetacean Nations, the difficulties they face in their struggles for life, especially those that are “anthropogenic” (human caused) in nature, we must take into account the sonic pollution of the waters.

The millions of years of evolution that the dolphins and whales have been through have adapted them well to the sounds of the natural seas. The snapping shrimp, the crackling of fish, the waves pounding against the shore, the hiss of wind across the surface – all these are normal sounds, ones that can be heard, or consciously ignored. Just as we have selective hearing, enabling us to carry on conversations in noisy clubs, and to hear our names amid the hubbub of a party, dolphins and whales can filter out unwanted sounds, to a degree.

And yet, with the advent of modern technology, humans have been pouring high intensity sounds into the oceans in a deafening cascade.

Consider the facts of global shipping:
• 95% of the world’s trade spends some of its time onboard a ship
• There are over 5,000,000,000 (five billion) tons of cargo shipped each year
• There are over 82,000 ships of significant size plying the oceans
• There are over 4,500 petroleum tankers afloat, nearly all of them underway 24 hours of each and every day

The modern supertanker is something few people have a real perspective on. Imagine a vessel capable of carrying as much petroleum as the United Kingdom and Spain use in one day, which is about 3.2 million barrels. This is a ship that is considered to be a medium sized supertanker. This class of ship can take as many as 50 miles to stop. The momentum of so much mass is almost unimaginable. And oddly enough, these ships often use only one propeller.

The propeller for this type of ship creates a deafening, hissing, endlessly droning flood of sound. Creating “cavitation”, which is tiny bubbles that collapse in billions, over and over, the physics of these propellers is deadly. And they don’t have to be. This is the sad part…

Navies around the world have studied and designed propellers to the nth degree. To avoid detection at sea, a ship must be silent. Propellers have been designed that could eliminate this single source of deadly sound…but they have not been adopted. There is no international oversight for sonic pollution in the oceans, so the deafening goes on, day and night.

The Ambassadors
Posted by C Scott Taylor, PhD at 1:56 pm